Once we knew we were heading to Arkansas, I got with Cindy Johns on Facebook to see if we could get together for a visit.  Steele and Cindy live in Arkadelphia, Arkansas.  She was going to be in New Orleans the week we were there, but Steele, Scott's uncle five year older than him would be there for our visit.  We connected up and planned a little boat ride in his gorgeous pontoon boat on Lake DeGrey for that evening.  Steele said it would take about 30-35 minutes to get from Hot Springs to where his boat was docked but in actually, it was nearly an hour.  We must have driven down every back road in Arkansas to get there.  But, as you can see the dock area was beautiful! 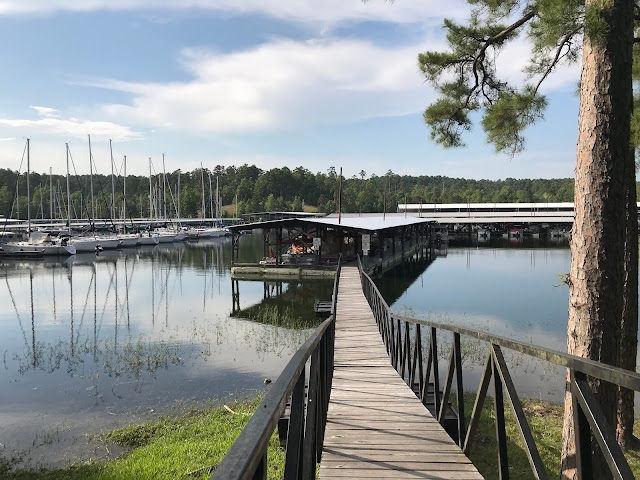 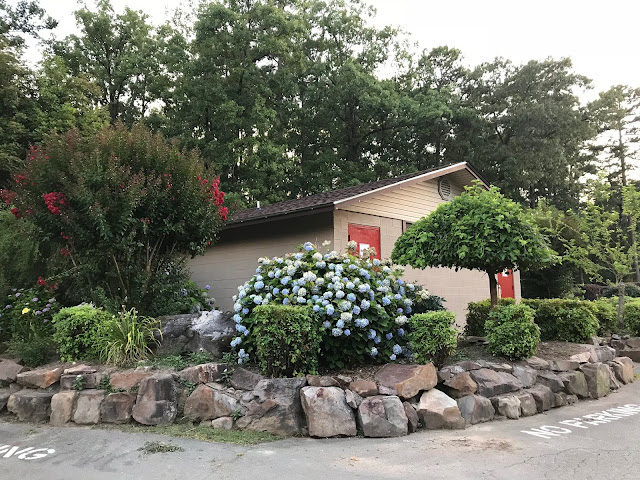 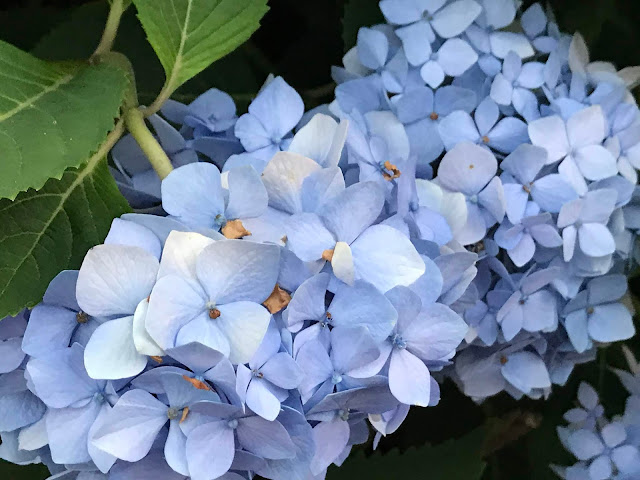 Once we finally found where we were supposed to be, we had a wonderful time catching up on old times and hearing about the last 20 years or so and what had transpired in their lives.  Steele's boat was a 2007 Aloha (I think a 30 foot) party pontoon and it was in lovely condition!  He was very creative on how he hung his fishing poles and other items up on top to save space in the boat.  And, Cindy created a great holder for all the water weenies. 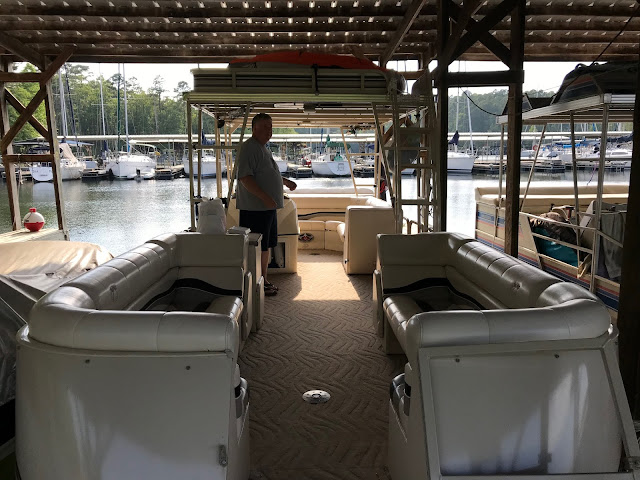 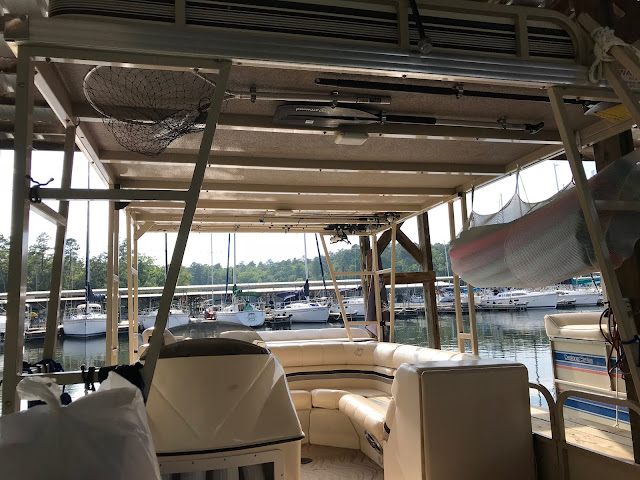 Here's a little video of us leaving the marina.
Steele picked up a catfish dinner for me, a burger for Scott and gumbo for him.  We cast off and drove over to a little inlet on the lake and sunk the anchor...which proved to be a story in and of itself! 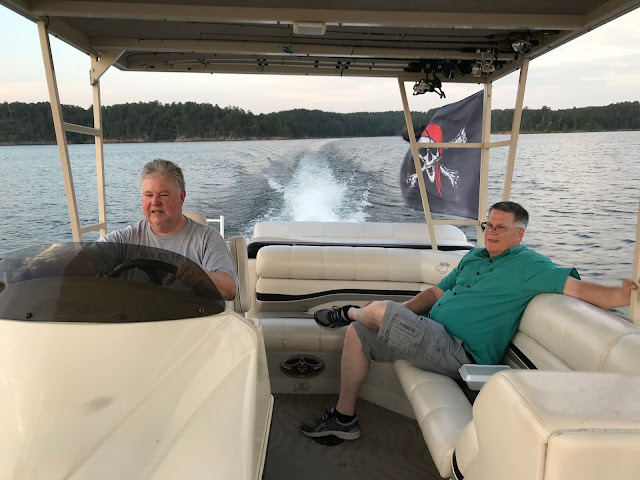 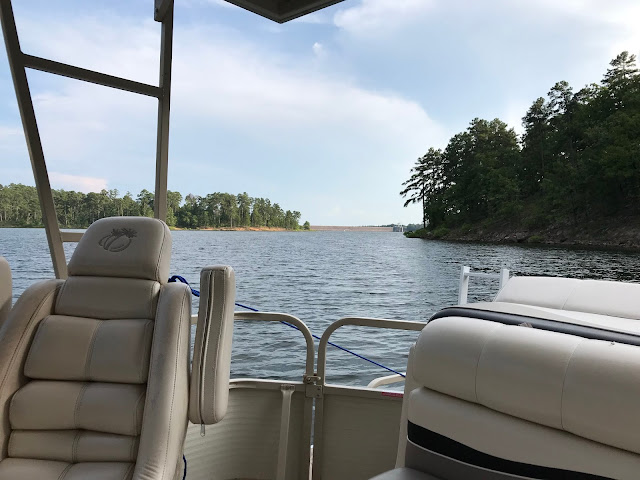 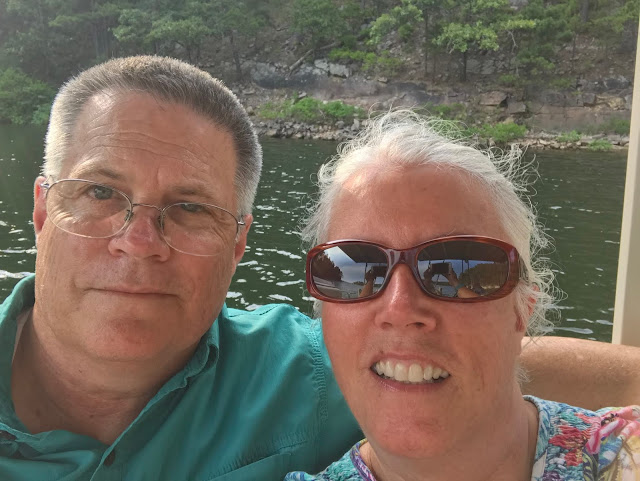 It was so fun to listen to the two guys chat and chat.  We went to BYU with Cindy and Steele back in the early 80s and our kids were little together so it was great to catch up!  The weather was fabulous on the lake...cool air with little heat and NO BUGS, which made my day!  It was so hot in Hot Springs and down in Hope that morning. 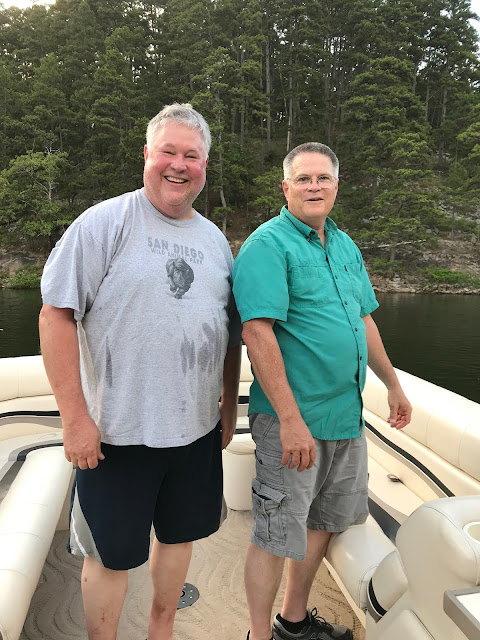 We had to leave by 8 p.m. so that we could get the rig ready for an early morning departure, but the anchor decided it wanted us to stay longer and got wrapped around an old tree sunk at the bottom of that part of the cove.  Steele tried every which way to dislodge the darn thing and we finally had to get close to land where Scott jumped off, grabbed and rock and they sunk the line of the anchor.  Steele would just have to come back and get one of his boys to dive down and figure out how to get it unstuck.  Driving back to the dock was amazingly beautiful in the sunset!!  And, this isn't even using a filter!  Gorgeous! 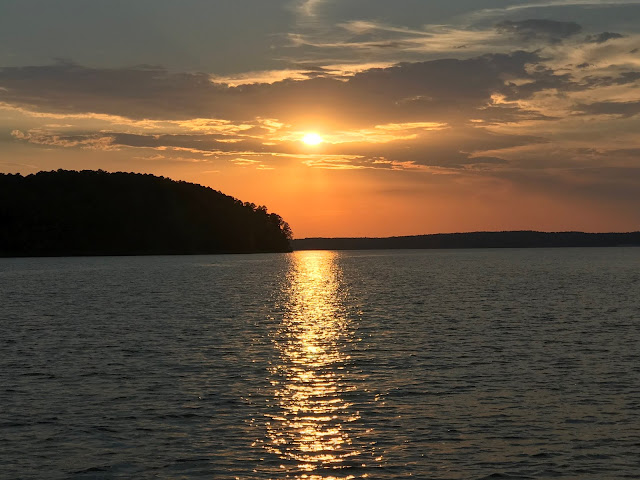 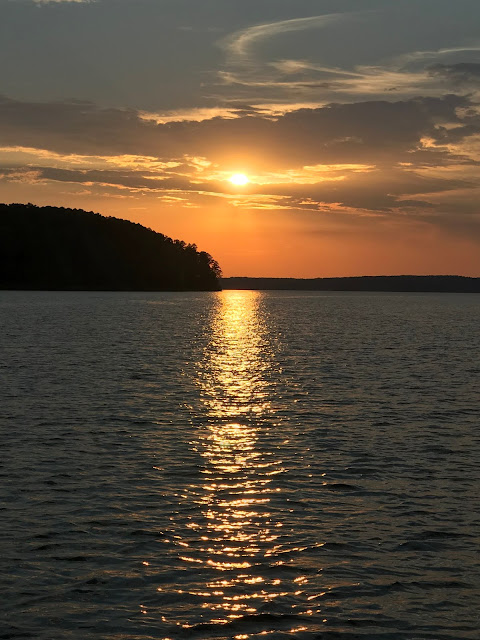 We got back to the pier and even with the sun mainly down, it was still an nice sunset there also. 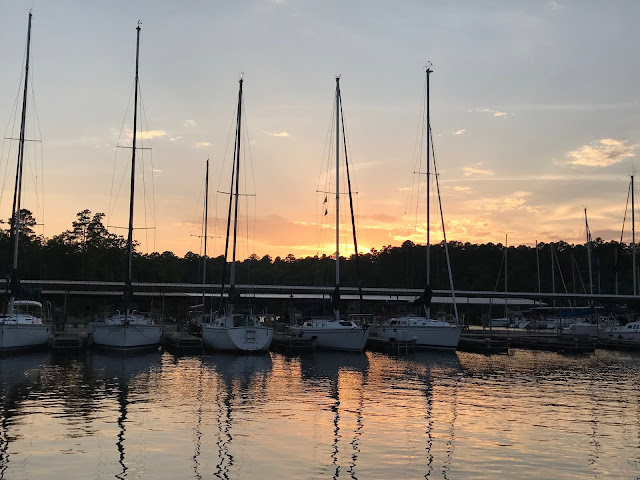 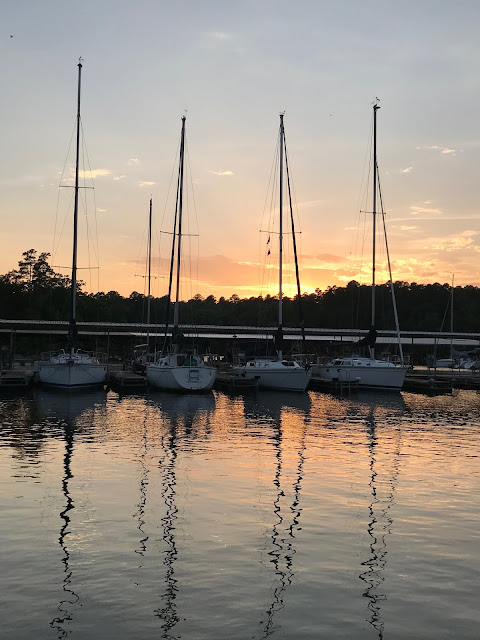 We disembarked, said our goodbyes and headed on our way.  I'm so glad we took the time to pay Steele a visit and catch up on old times.  It made up want to buy a boat and float