We got to Emmett, Idaho early this afternoon in preparation to attend our little granddaughter's 5th birthday party tomorrow and have a little family dinner.  I always love looking into their little valley from Freezeout Hill. It was named Freezeout Hill in 1864 when   Pioneers with wagons entered the Emmett Valley. In the winter of1864 a freighter and another wagon of valley residents came to the grade but it was impassible.  It was so bitter cold they told stories of th encounter by saying, "We likely froze to death. We were froze out of the valley".  The name stuck and Freezeout Hill Monument was erected in 1928.  After taking photos there with the wind literally freezing me in 73 degree weather down in the valley, I can see how it got it's name!  Brrrr.  It's cold up there!  The Memorial also pays tribute to service men and women and those from 9/11. 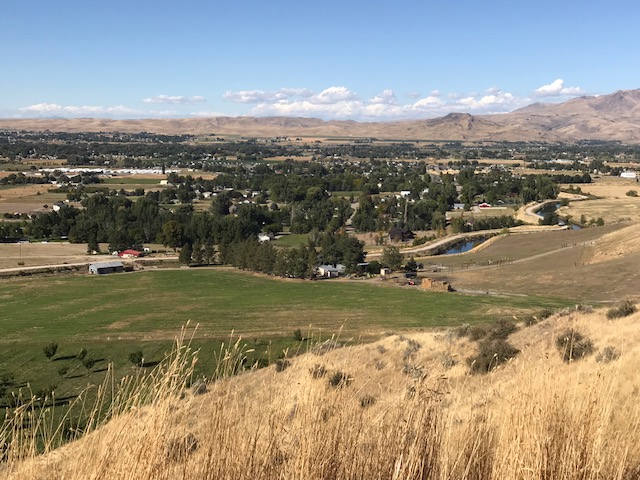 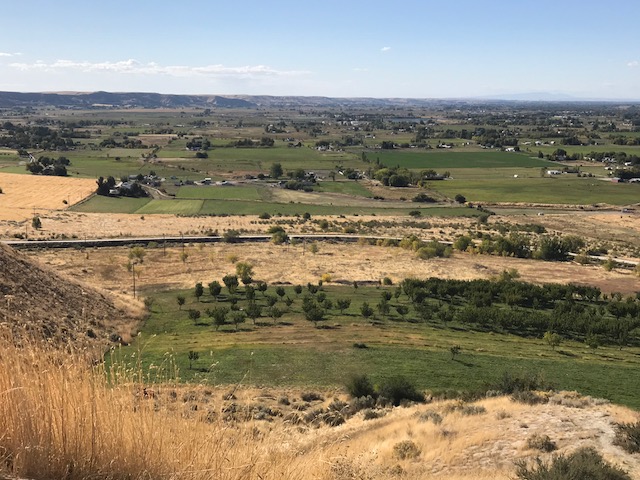 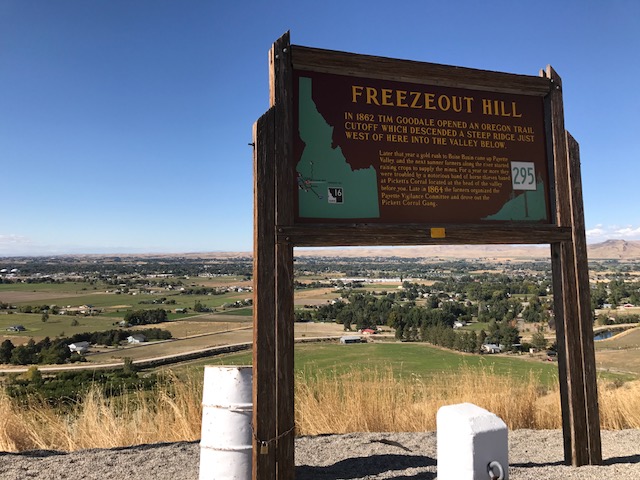 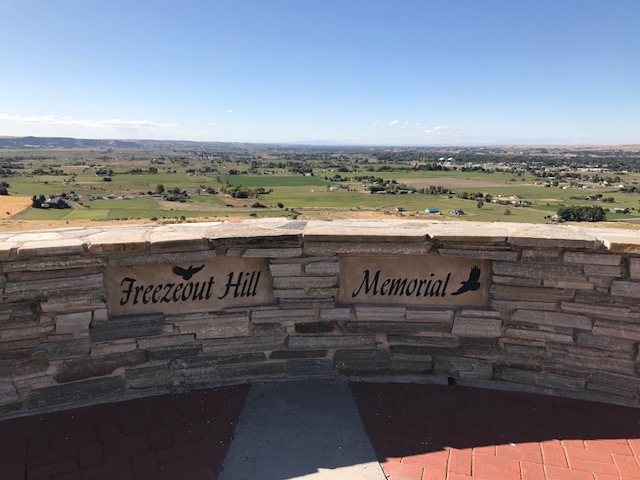 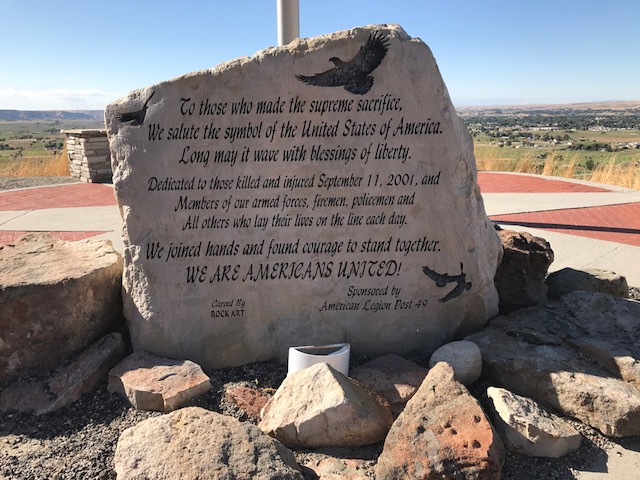 We are trying something a bit new and are staying at the Emmett City RV Park at Hoppell Field at 12th and Hayes Street at Hoppell Baseball field.  It has 12 RV spots on a first-come, first-served basis.  We are staying in number 8.  The cost is $25 per night and you just pay at the kiosk. It's open all year round, has 30/50 amp electricity, water, a very clean restroom with 3 toilets, 2 sinks and 2 showers including a handicapped shower.  The showers are coin operated, but I can understand that for a city park.  It's $1.75 for 7 minutes with a maximum of 15 quarters at one time.  There is also a BBQ area and pavilion on the front side of the bathrooms.  Hoppell baseball field is located at the park and it also has an enclosed playground with slides and climbing areas as well as 4 swings. There are also 2 picnic tables between the ball field and the playground. There is also a dump station that was used by many travelers when we were there. They actually have paved pads for the RV with gravel surround.  Each unit has a picnic table. One nice thing is that the parking area is so large it's very easy to back into any space you might like.  Unfortunately, there is no grass for Coco and Chanel next to our unit but I let them run free at the ballpark when people and other dogs weren't around.  They thought that was pretty awesome and just rolled and raced through the grass. I would just picked up after then as needed so it wasn't too bad.  The Internet is good, but all in all, I'd give it 4 stars. 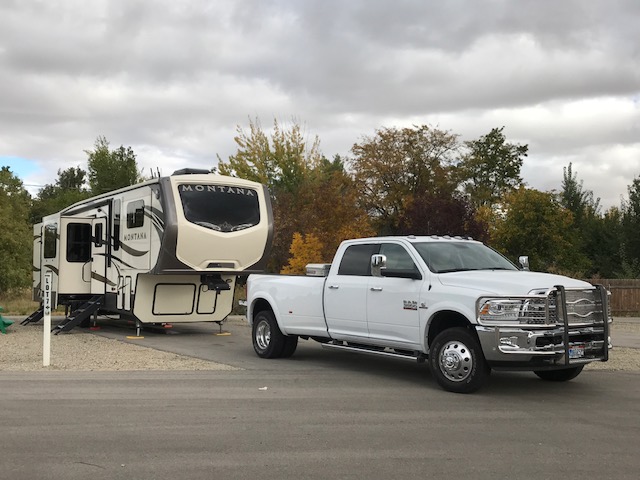 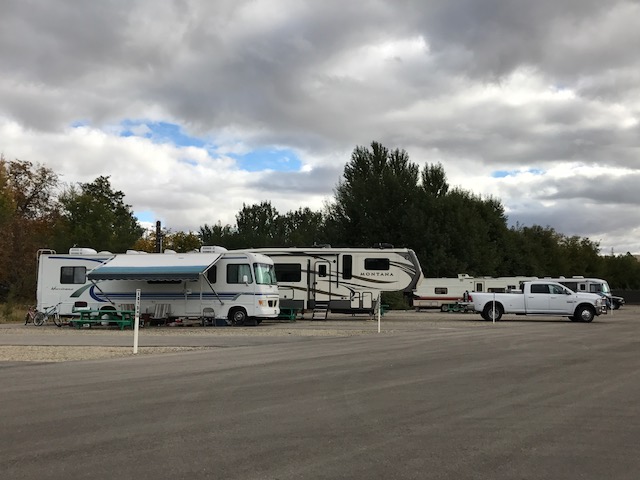 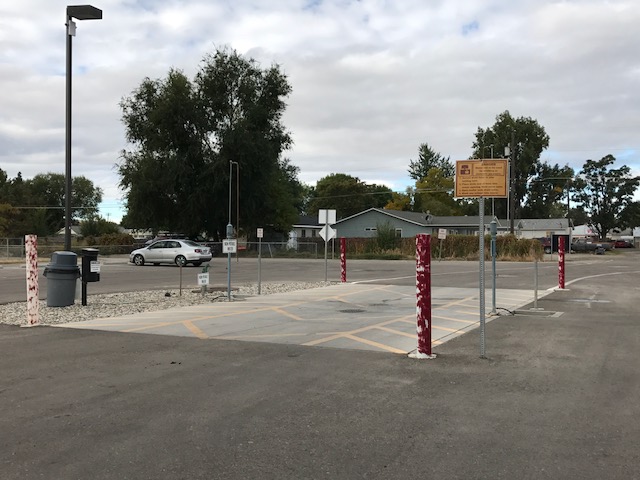 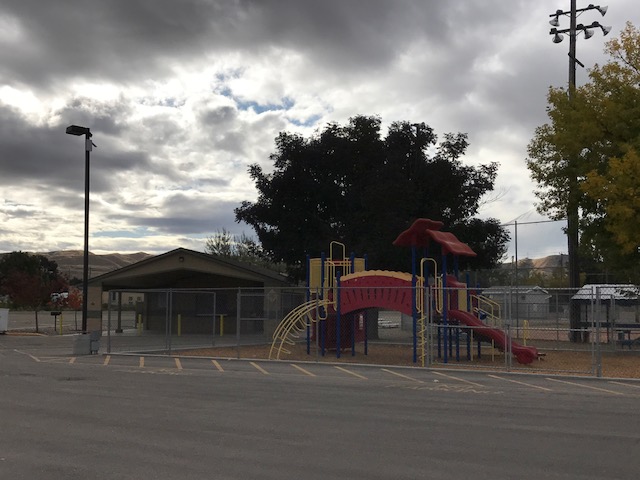 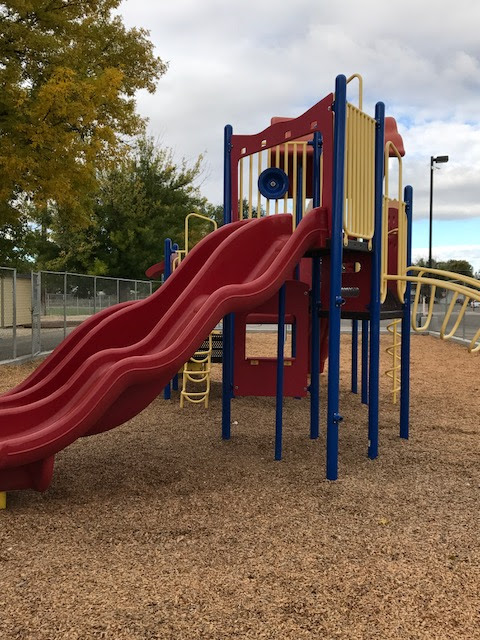 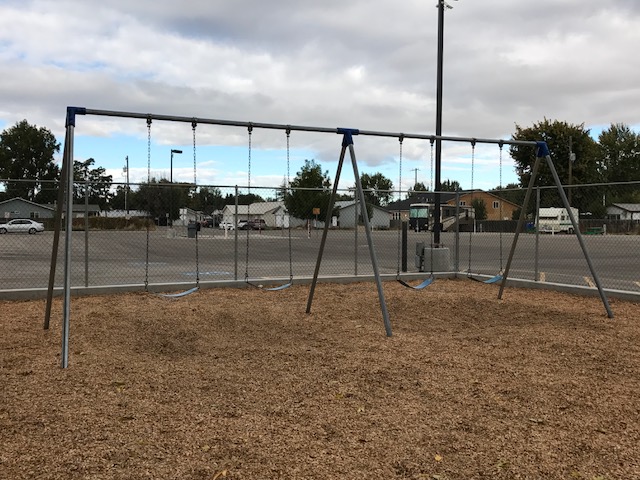 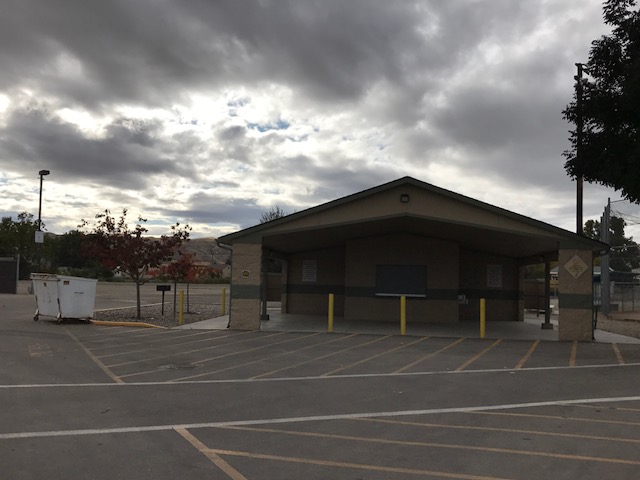 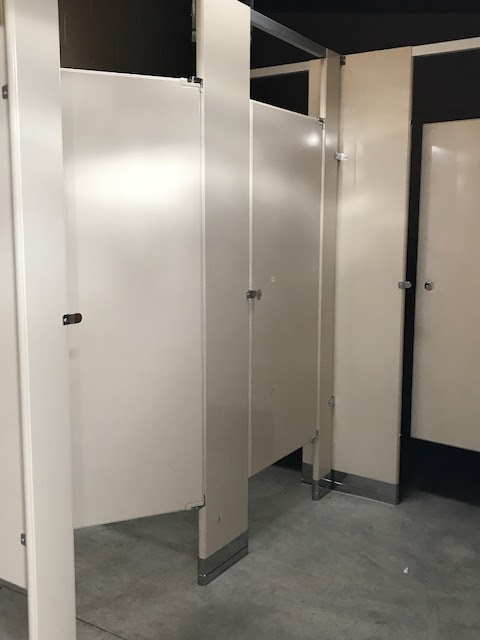 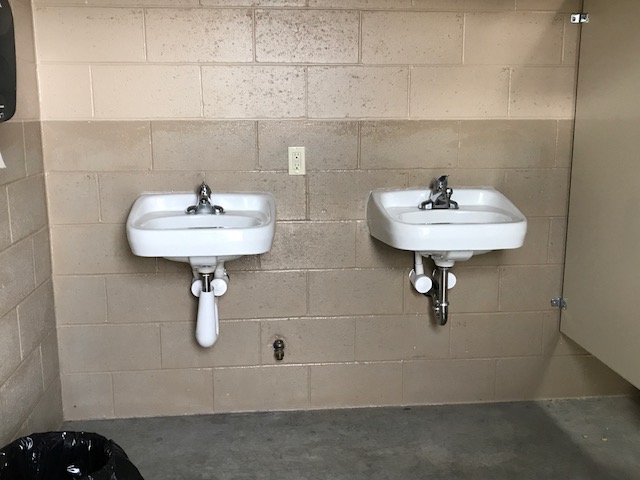 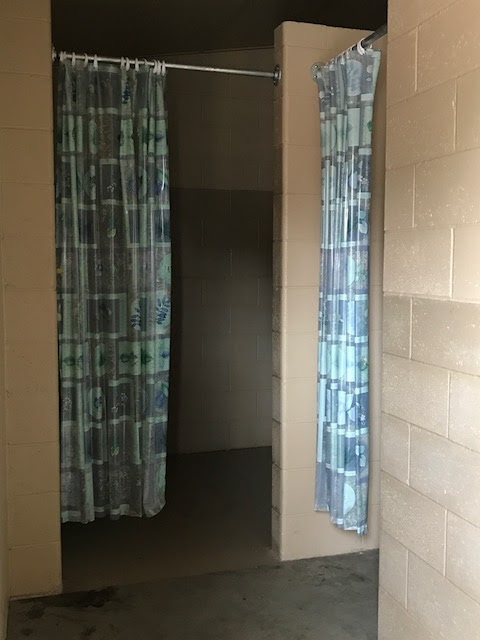 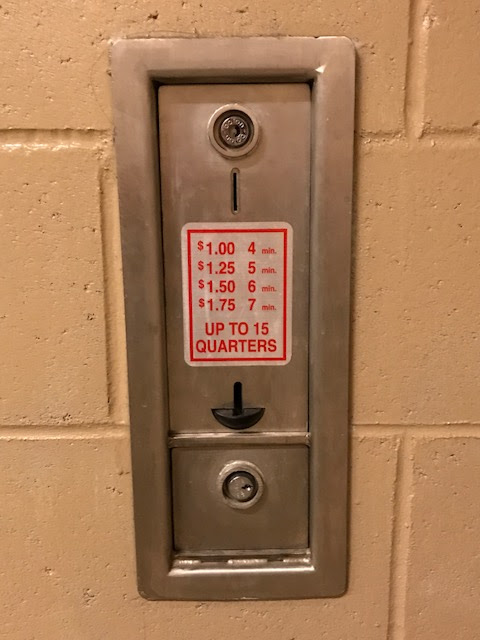 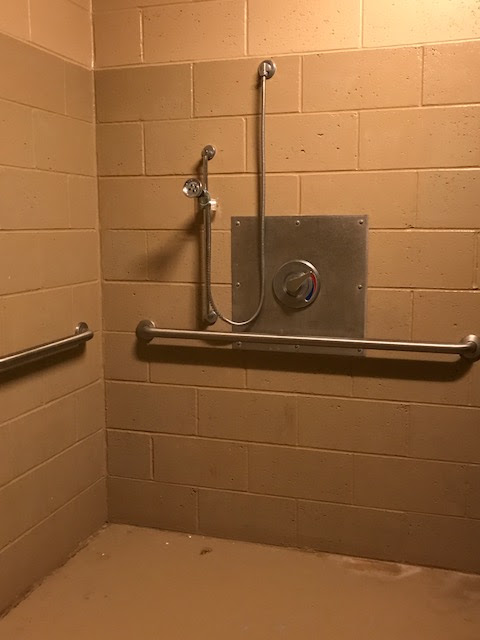 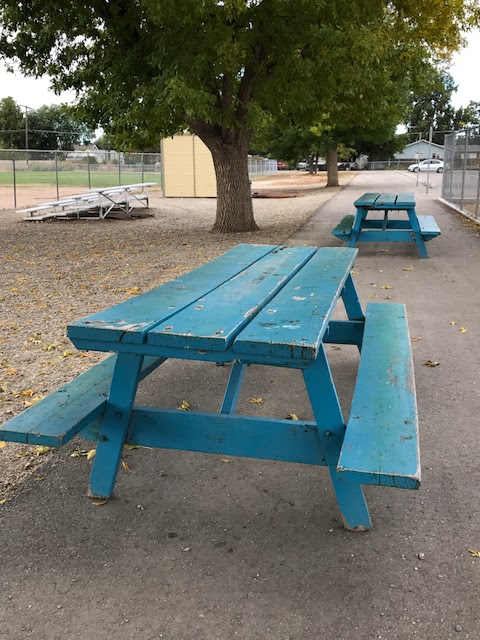 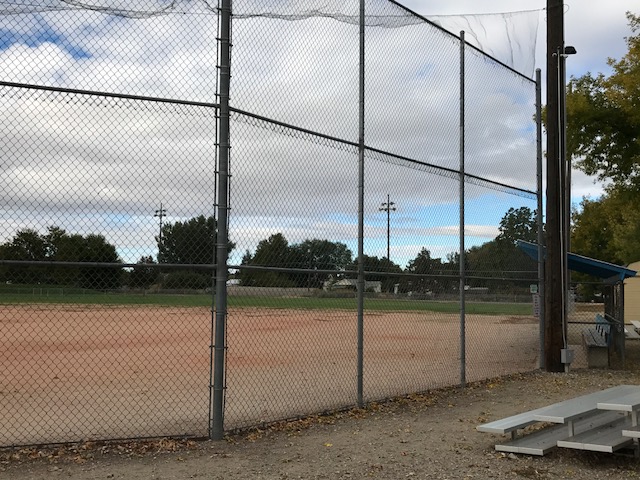 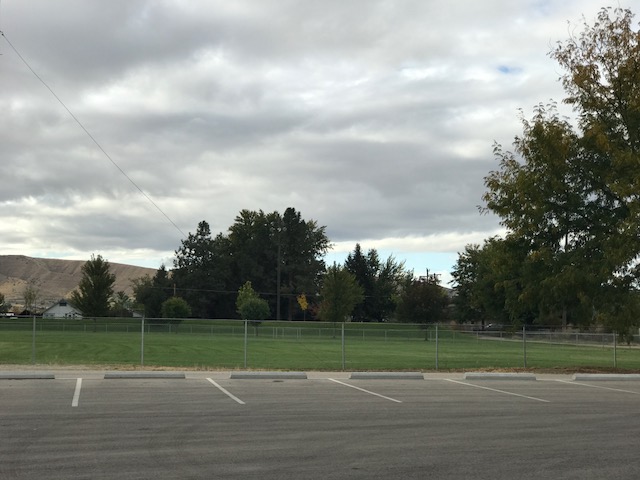 Here are some areal views:

Here's a 360 degree drone shot.
After we settled in, I spent the majority of the afternoon babysitting Lilly and SJ and Camaro.
Then went back to the RV to pick up Scott and back to the house so we could have Lilly open her presents.