A lot of people wonder why we're doing this whole, minimalistic thing - and it's simple - just to simplify.  People often think that your quality of life goes down and we've found it's just the opposite.  We have less space and only take a few things.  Right now, with all the scanning I'm doing to go paperless, there's a lot of "junk" to work through, but once that's done, we will be enjoying the simple things in life and not caught up in all the stress.

Around the park, people hang out in the evenings.  You'll see groups of people here and there.  This past Thursday night, we went next door to Richard and Purita's place and just sat by the campfire and chatted for some time.  Most people bring their booze to drink, but we just enjoy hearing stories of peoples lives and watch the fire.  Richard is from England and Purita is from the Philippines.  They met and live in British Columbia, Canada.  Richard was a musician (and still is - he plays for happy hour on Friday nights) and Purita was a nurse where she learned the trade in Chicago).  They are a super cute couple and just barely got here about two weeks ago.  Richard is so high energy and it makes for a lot of fun around here.
I've been intrigued with Richard's fire pit.  Its' actually an old iron washtub (notice the holes) and then they attached two handles and got a tire rim and attached as the base.  The pit is really nice and deep and fires can go on for quite some time, plus with all the holes, it makes for a nice warm, tall fire.  The lights from the holes are mesmerizing and I really loved their fire pit - so much so - that I wish Scott could find the parts and make us one.  Only problem is how to transport it, but it's a really great idea.  Here's a photo of the parts so you can see that better.
On the other side of us is Jo and Erv and they are just the nicest people from Nebraska.  Erv was just diagnosed with Mesothelioma and so they are battling with the unknown there but they still remain positive and upbeat.  I think it's helps that Jo's sister, Mickey (also from Nebraska) lives just across the street from us so she's a built-in support system.  They had a company put up an awning attached to their park model (aka single wide trailer) and Erv has been sawing and drilling the past few days getting things all set up the way they want.

Saturday, we took Coco, Chanel and Roxy to the Woof Town dog park.  They had so much fun and Coco really ran and ran and ran.  Roxy just walked around and Chanel spent half her time running after balls with Coco and sniffing everything in her path. 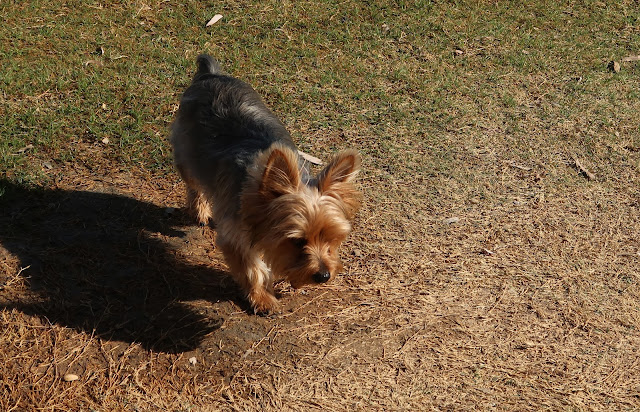 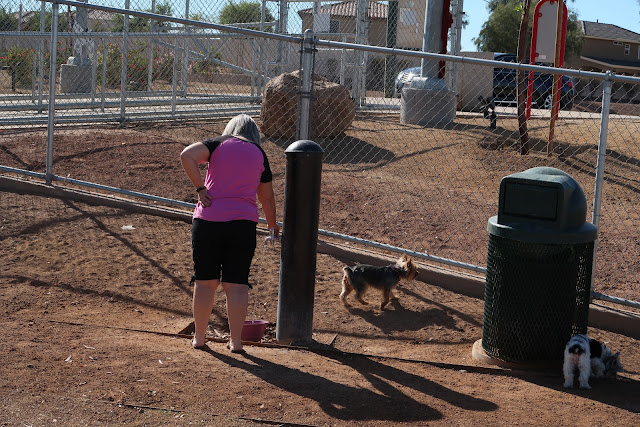 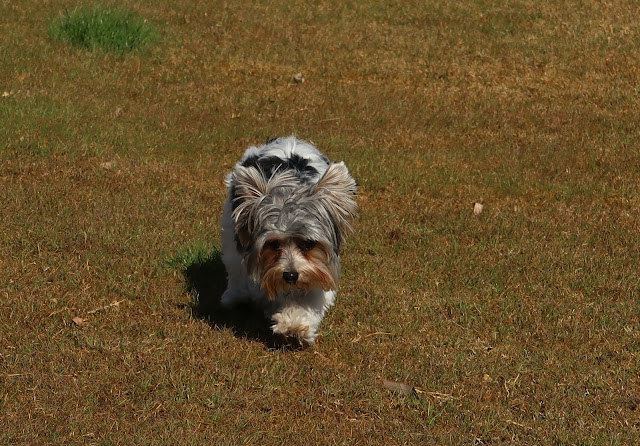 Now on to cooking.  Scott likes to cook.  Me, not so much.  But, yesterday he made his Chinese Pork Buns (Char Siu Buns) and some yummy streusel muffins while we had our James Bond marathon (last night was 1983 Octopussy).  We have a stove top, oven, convection oven/microwave, so why not?  We also have electrical hot plates and the Air Fryer from home.  We also brought the bamboo steamer...a chef's dream.  Don't they look heavenly? 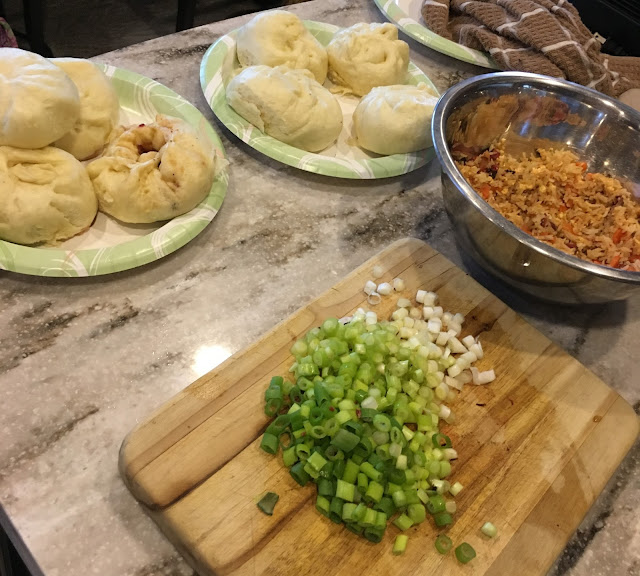 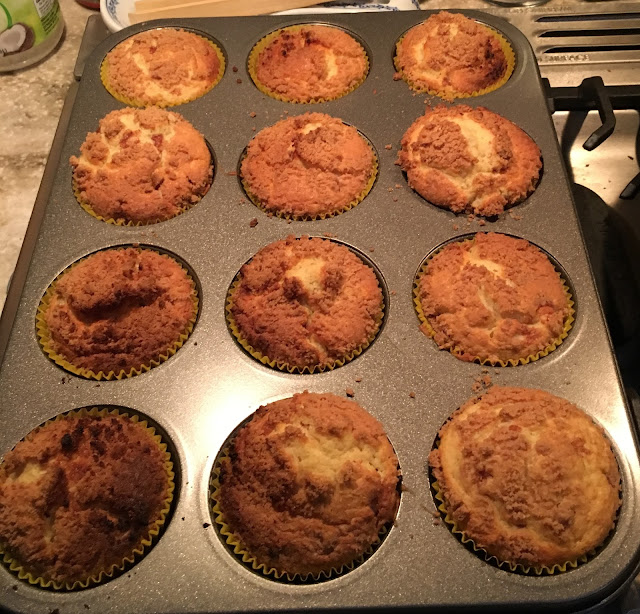 So, as you can see, we have all the things we need...it's just on a smaller scale.  The neighbors are wonderful and the weather is fantastic!  We're sure enjoying it here.  Yesterday, the weather was 80 degrees and today it's already 76 degrees at 12:30.  Should get to about 79 degrees today.  Another wonderful day in southern California.
at January 15, 2018